The biggest names in snooker will descend on Cheltenham Racecourse for the Coral World Grand Prix from Monday 3 to Sunday 9 February 2020. With a prize of £375,000 up for grabs for the winner, audiences are in for a thrilling week of snooker action which forms the first of three events in the Coral series. Last season, Ronnie O’Sullivan headed home with the coveted prize and 2020 promises to see some of snooker’s biggest stars battling it out once again. To book tickets, visit thejockeyclub.co.uk.

Darts stars Michael Van Gerwen and Gerwyn Price, widely regarded as the best two players on the planet, will compete at the Cheltenham Masters in the new year. Both players will be part of the high-quality field when Cheltenham’s annual arrows night returns on Friday 21 February. 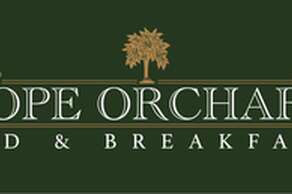 Belt out the biggest Tina Turner hits with this incredible tribute act concert at Cheltenham Racecourse in February 2020. Storming the stage in Cheltenham as part of a massive UK tour, the Tina Turner Tribute Act will be performed by Elesha Paul Moses, whose appearances include Whitney –Queen Of The Night, The Voice and The X Factor. Featuring a spectacular 10-piece band, the show will include all of Tina Turner’s biggest hits including ‘What’s Love Got To Do With It?’, ‘Proud Mary’, and ‘Simply The Best’. Book tickets before they sell out by visiting thejockeyclub.co.uk directly.

Official tickets for The Festival 2020 are now on sale, buy your Club, Tatts or Best Mate ticket at the best price before 10:59am on 5th July 2019.

We are pleased to Release our rooms for this special event - Book Now , Here online

Hope Orchard Top Tip - Leave your car with us - and let the taxi do the work ,we have trusted taxis we use . 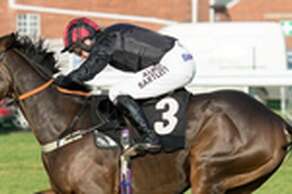 Wartime In The Cotswolds -25/26th April

Come and visit our nostalgic 1940s weekend for all the family at the Gloucestershire Warwickshire Steam Railway. 2020's event will have an emphasis on the Home Front. Transport yourself back to September 1940 and imagine you are waiting for a train at a small station on the Great Western Railway. During that time we had to endure bombing raids on nearly every city, for that reason “Operation Pied Piper”was launched to evacuate children by train from cities into the countryside away from targets, soldiers are going back to barracks and aircrew are heading off to airfields in the South and West. "Pack up your troubles in your old kit bag, and smile, smile, smile."


Top Tip - Premium Event in the area - Book a taxi from here and enjoy your day.


Book Now - This will fill up quick!!

Exclusive homes and gardens sale in luxurious marquee with top quality restaurant selling furniture for indoors and outdoors;decorative accessories, gifts and some fashion items. Also food hall. VIP ticket holders can take part in the Broil-King Barbecue Masterclass. Just sign up when you arrive (places are limited). And VIP ticket buyers also receive free tickets to the Christmas Fair we run at Cheltenham Racecourse on 18th-21st October (tickets to be sent out in late September). In aid of Maggie's, Cheltenham. Children under 16 free. 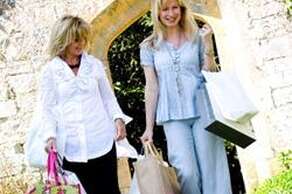 The World's Greatest Airshow! 17-19 July 2020 at RAF Fairford, Gloucestershire Few events can rival the intensity, drama, and spectacle on offer at the world's greatest airshow. The Air Tattoo returns next July to RAF Fairford. Why are we the world's greatest airshow? In 2019, 245 aircraft from 39 air arms representing 25 nations took part in the event. The Air Tattoo is the best place to see military aircraft on display to the public. To get an idea of the amazing aircraft that visit us, read our list of confirmed aircraft from 2019 - including two Spanish Navy Harriers, the Ukrainian Su-27, US Air Force F-16 Viper Demo Team, Frecce Tricolori, RAF F-35B Lightning, and much more! As always, under-18s are free (with a paying adult) - which makes this the perfect day out for aviation enthusiasts and families alike .


Hope orchard is only available to book on our site only

Walk in the footsteps of some of history’s most notable characters in the castle’s beautiful gardens, join in our busy calendar of exciting events and discover Sudeley’s many treasures in our fascinating exhibition. Sudeley Castle offers a spectacular day out in the heart of the beautiful Cotswolds countryside - book your tickets today for a truly unforgettable day out.

The Forest of Dean is a geographical, historical and cultural region in the western part of the county of Gloucestershire, England. It forms a roughly triangular plateau bounded by the River Wye to the west and northwest, Herefordshire to the north, the River Severn to the south, and the City of Gloucester to the east. 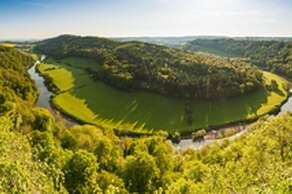 Dyrham Park is a baroque country house in an ancient deer park near the village of Dyrham in South Gloucestershire, England. The house, attached orangery, stable block and accompanying parish church are Grade I listed buildings, while the park is Grade II* listed on the National Register of Historic Parks and Gardens 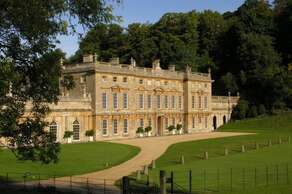 With stunning views, woodland, open spaces and a café, Crickley Hill is the perfect destination for those looking to spend time in nature. More than 1,300 species have been recorded at Crickley Hill, from rare birds, butterflies and wild flowers to reptiles and toadstools. It has gained national recognition for its wildlife, and has the status as a Site of Special Scientific Interest for its rich diversity of wild flowers.

Conveniently located between the Roman city of Gloucester and the Regency town of Cheltenham, Gloucestershire Airport, Staverton occupies a well connected location. With only a 3 minute drive from the M5 and A40, the Midlands and South West are all within easy reach. Whether you’re chartering private flights or booking a package holiday, fly from Gloucestershire. From a calm and serene hot air balloon flight to a thrilling wing walk, you’ll be spoilt for choice for once in a lifetime gifts for that special person. Take the aircraft controls for a trial flying lesson or put on goggles and a flying jacket and feel the wind in your hair as you soar over the Cotswolds in a vintage bi-plane. Memories that will last a lifetime. 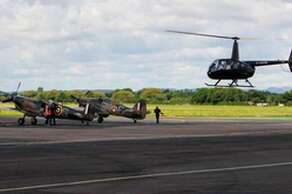 Cheltenham is at the heart of almost every aspect of Jump racing. This is the place where owners, trainers, jockeys, stable staff and breeders dream of having winners. It's the place where the most important races are run. This is where many stars of the future go through the sale ring. But most of all, this is the place where the equine and human champions forge their reputations. As always, there is much to look forward to in the season, with 16 exciting days of top class Jump racing. Hundreds of thousands of racing fans come to Cheltenham every year, but you don't need to be an expert to make lasting memories. The wide variety of experiences range from the relaxed feel of the meetings in October and April, to the heady excitement of The November Meeting and the family fun of New Year's Day. 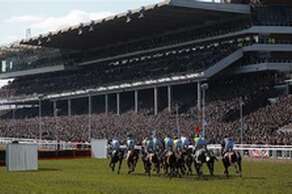 A warm welcome awaits you at Gloucester Cathedral - one of the finest medieval buildings in the country and the burial place of royalty. Trace 1000 years of architectural styles from Norman through Perpendicular to the present day where our team of stonemasons are still carving and casting. The extraordinary fan-faulted medieval cloisters and Great East Window are national treasures and the Lady Chapel houses some of the finest Arts &Crafts glass in the country. A glorious sacred space with a superb musical tradition and daily worship, the cathedral is open each day from 8am until Evensong. Cathedral Gift Shop Monday - Friday 10am - 5pm (4.30pm in winter) Saturday 10am - 4.00pm Sunday 11.45am - 2.45pm - Image thanks to Kevin Lewis 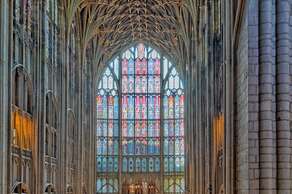 We celebrate Gloucestershire’s rich aviation heritage from the early days of flight, through the birth of the Jet Age to the present day. Jet Age Museum is staffed only by volunteers, some of whom flew in aircraft we have on display. Come and visit, ask questions and learn about the history of aviation in Gloucestershire and beyond. We aim to preserve the past and inspire the future. 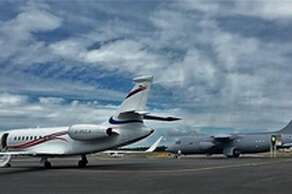 The former dock estate has become a popular free destination where visitors can enjoy interesting views and a range of modern facilities while wandering around a remarkably complete example of a Victorian port. Views include many fine warehouses and other dock-related buildings that have been found new uses. Where ships once discharged their cargoes, there is now an ever-changing miscellany of visiting narrow boats, smart motor cruisers and the occasional yacht or tall ship. The whole area is suitable for wheel-chairs.

The Gloucestershire Warwickshire Railway is a volunteer operated heritage railway in Gloucestershire and Worcestershire offering a round trip of 28 miles. It uses part of the route of the former Great Western Railway's main line from Birmingham to Cheltenham which used to run via Stratford-upon-Avon. It now operates steam and heritage diesel trains between Cheltenham Racecourse and Broadway through some of the most spectacular scenery in the Cotswolds. The line commands wonderful views of the nearby sleepy hamlets and villages, with outstanding outlooks across to the Malvern Hills and beyond. 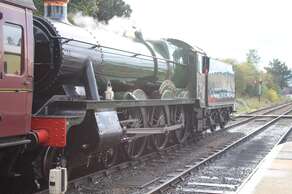 This ancient castle has been preserved and gradually transformed from a savage Norman fortress into a truly stately home with a wealth of treasures, paintings by English and Dutch masters, tapestries, furniture of an interesting diversity, silver and porcelain. Highlights of the castle are the massive Norman Keep with the Dungeon and the cell where King Edward II was murdered in 1327, the Picture Gallery, the Dining Room, the medieval Buttery and Kitchens, the Historic Great Hall and the magnificent State Apartments. The castle is surrounded by sweeping lawns and terraced Elizabethan Gardens with many rare plants, with a lily pond and with Queen Elizabeth I's bowling green. Before or after a visit to the Castle there are the delights of the Butterfly Farm set in the walled garden adjacent to the car park. 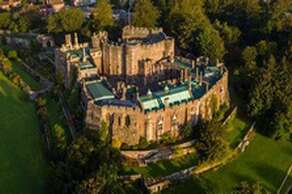